Are Utility works the primary cause of potholes?

The Times newspaper has on Monday 30th April 2018 published several articles in relation to congestion and road works on UK highway infrastructure. One of the front page articles headed “Roadworks banned to fight plague of potholes”  outlines plans for government  to deal with congestion and potholes. It states that “Utility companies will be ordered to put new pipes and cables under pavements or grass verges as a default position before seeking to dig up roads”.

The article also states that “Britains roads are ranked 27th in the world for quality, behind European economies such as Germany, France and Spain as well as Chile and Cyprus”.

Further to the times newspaper articles, several other news networks and outlets picked up on the story with particular attention to potholes and the government plans of prevention. Chris Grayling, the transport secretary, said that change was needed because potholes were far more likely to appear on sections of roads that had been dug up recently.

Further articles relating to this story can be viewed by using links below: 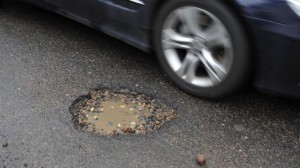 Investigating the relationship between trenching practice and road deterioration

The effect of trenches and excavations on roads